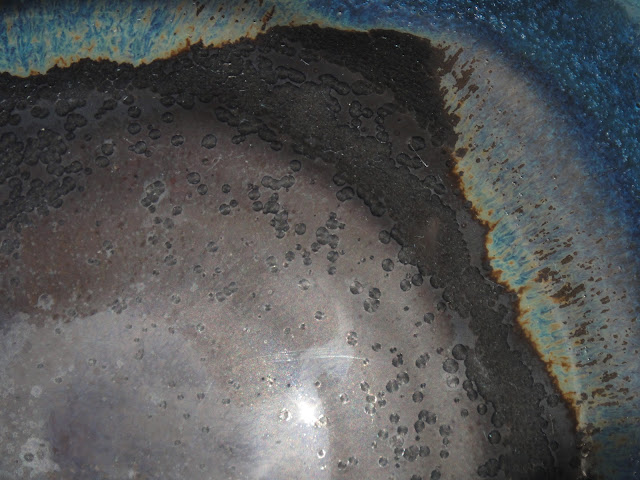 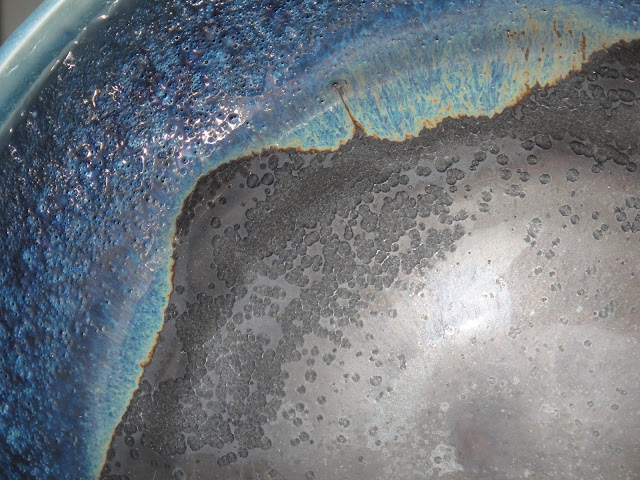 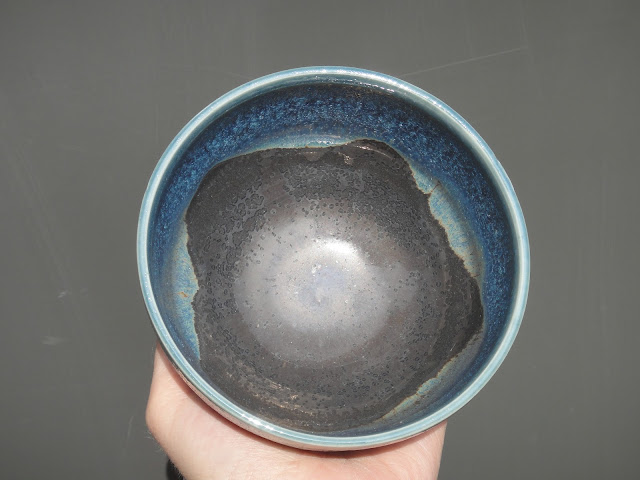 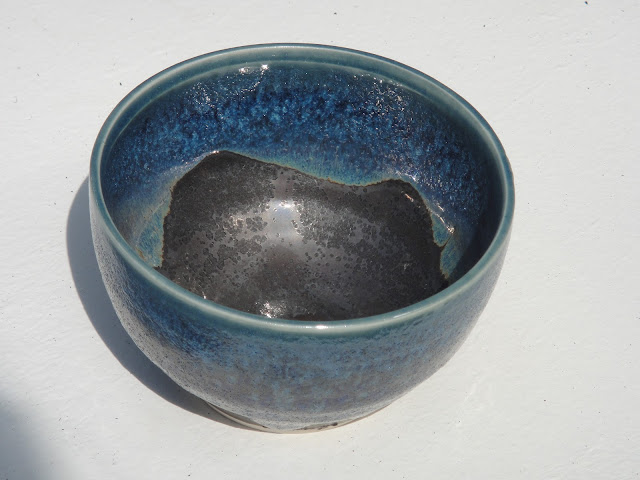 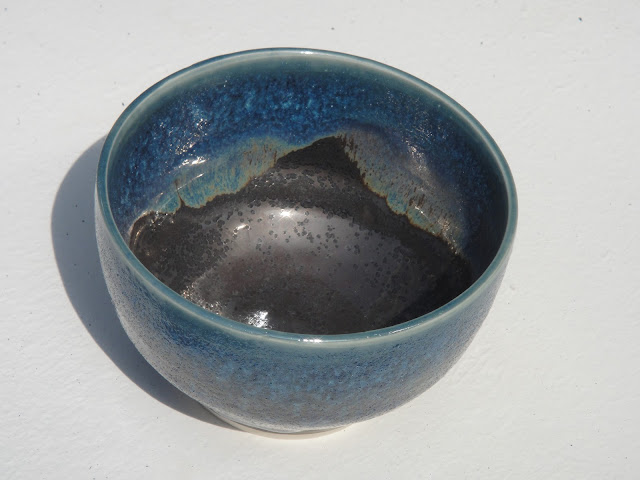 This was really just a very nice test piece to start off with, because I wanted to see the interaction between the new Ocean Deep and dark gold semi crystalline glazes, thinking they'd look good together if they were chemically compatible, but I love the result and this bowl has been shown interest already. It has gained me another commission only hours after leaving the kiln. I'm starting to think that my work is going to be split in two, work to show off my glazes, and work to show off print and surface decoration. The idea for overlapping glazes is taken from Japanese tea ware and also various potters who exhibit at Hatfield art in clay, such as Wendy Lawrence, and the results are usually stunning due to the complex interplay of chemicals, creating unique effects and creating fantastic variations of colour, texture and pattern. The appearance is also usually more organic and natural looking, so the work gives off a very free and relaxed vibe. The only issue with this bowl is I'm utterly unconvinced about its functionality. Allen Richards (my research partner) tells me the dark gold glaze is food safe, but I'm not convinced, as it's almost in oxide overload (the finish is metallic after all, and metals can leach out into food if there isn't enough silica to pin them down), contains copper (which makes leaching even worse) and manganese (which is a bit poisonous to be honest). Allen reckons manganese is only dangerous in oxide form though (he may be right there but I'd have no idea), that the glaze won't leach as the oxides haven't completely overloaded yet, and finally, that my concerns about the fact that the surface of the glaze is easily scratched, and so is not very hard wearing and won't stand up to acid in food are unfounded. Either way, I think I won't be happy until the dark gold glaze has been acid tested for food safety.