I'm sat in the computer room at uni with solidworks right now, and, hallelujah, I've found out how to create new sketches and planes within the software! This means I can finally freely work in 3D with curves and varying shapes. Sort of.


Anyway, I've been playing around to test what I can get the software to do, and here are the results! 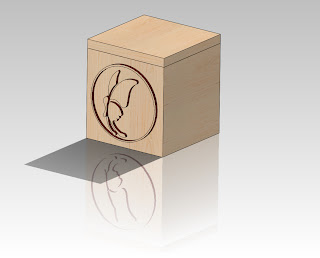 This is the first thing I made a couple of weeks ago. This is actually less complicated than it looks - all you have to do is draw a square, extrude it (so it's a box), shell it (so it's hollow), and then you can select one of the sides to draw the butterfly on and extrude that as well. Same principle for the lid. The fun starts when you start involving curves.... 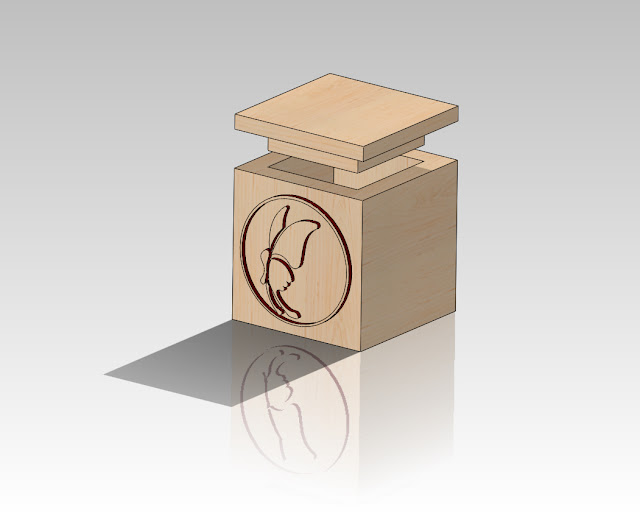 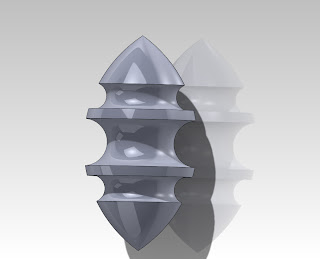 ... however, this one behaved because it only curves one way! This time I was checking to see if I could make solidworks revolve a profile (kind of like a cyber lathe), and it would seem that it's very similar to the software I first learnt with, so no problem.

This is what I was doing this week - experimenting with creating a "lofted" extrusion. This basically means you create a solid form which is a merge between two drawings - in this case a kind of splat shape and a circle. It was at this point I found out that the "insert new plane" function was hidden under the reference geometry menu in the features part of the program, instead of in the menu showing the planes in the sketching part of the program. Also that new sketches are created by right clicking a plane and selecting the sketch icon. Now able to create two parallel drawings, I was able to do this. I think it will take me a while to get used to the different layout of the software, but I had fun shelling this form out to make a vase and then turning it into hyper reflective turquoise glass vase. 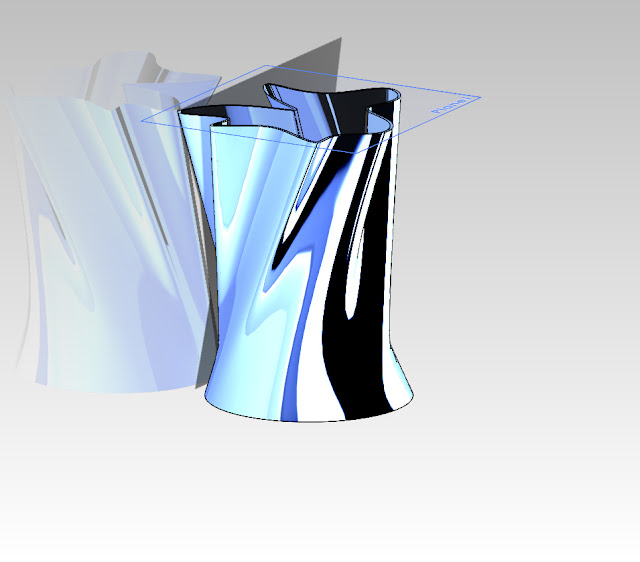 After that I had a go at cyber spaghetti, aka a swept extrusion. This is pretty much where you draw a profile, then draw a path for that profile to follow so you get a long wiggly solid sausage, but I'll post a picture later. It turns out there's a fair bit of control with this feature, you can control the path the profile follows but also how it curves around the path. There are similar controls on the lofted extrusion, so I found a new way to create teapot spouts which is pretty handy. At this point I was able to go back to the virtual teapots which were causing me so much trouble before, and trim the excess spout poking into the main teapot body and cut the sieve at the base of the spout to drain the tea leaves. I even started on a handle. Definitely progress :)

Well, I'll have to wait a bit to show you the rest as I've been kicked out ready to lock up for the night, so goodnight!
Posted by Emily Rose at 00:41